Jose Soto is a pianist and educator who has taught and performed around the United States and Mexico.  At 13, Jose received a full scholarship to attend the Idyllwild Arts Academy as a piano major. In 2003, Jose was awarded a full scholarship to attend the University of Southern California majoring in piano performance. After receiving his Bachelor of Music degree in 2007, Jose was awarded an Assistant Lecturer position at USC and taught there until 2012. Following his Master of Music degree in 2009, Jose continued his studies at USC pursuing a Doctorate of Musical Arts degree under the tutelage of professor Kevin Fitz-Gerald with minors in conducting and jazz.

In and around Los Angeles, Jose has performed at the Broad Stage in Santa Monica, the University of Southern California, the California Institute for the Arts in Valencia, the RedCat Theater, the Norton Simon Museum, Los Angeles City Hall, the Getty House, and many more. He has collaborated with acclaimed musicians such as Moni Simeonov, Graham Dechter, Kamau Kenata, Ralph Jones and Joel Martin. His teachers have included Marshall Hawkins, Douglas Ashcraft, Ralph Jones, Kenneth Cox, David Arnay, Stewart Gordon, Larry Livingston, and Kevin Fitz-Gerald. Jose is the music teacher at Holy Angels School in Arcadia, professor of music at Glendale Community College, and is the chair of music for the California State Summer School for the Arts. He currently lives in Azusa, CA with his awesome wife, Lydia and five kids. 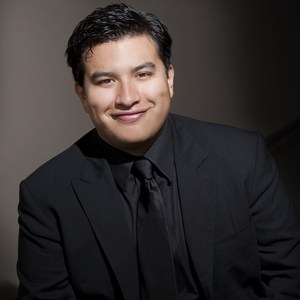